Last year, in response to Governor Murphy’s 2018 Executive Order, the state Board of Public Utilities released its most recent New Jersey Energy Master Plan (EMP), which offers a “blueprint” to move the state to 100% clean energy by 2050. 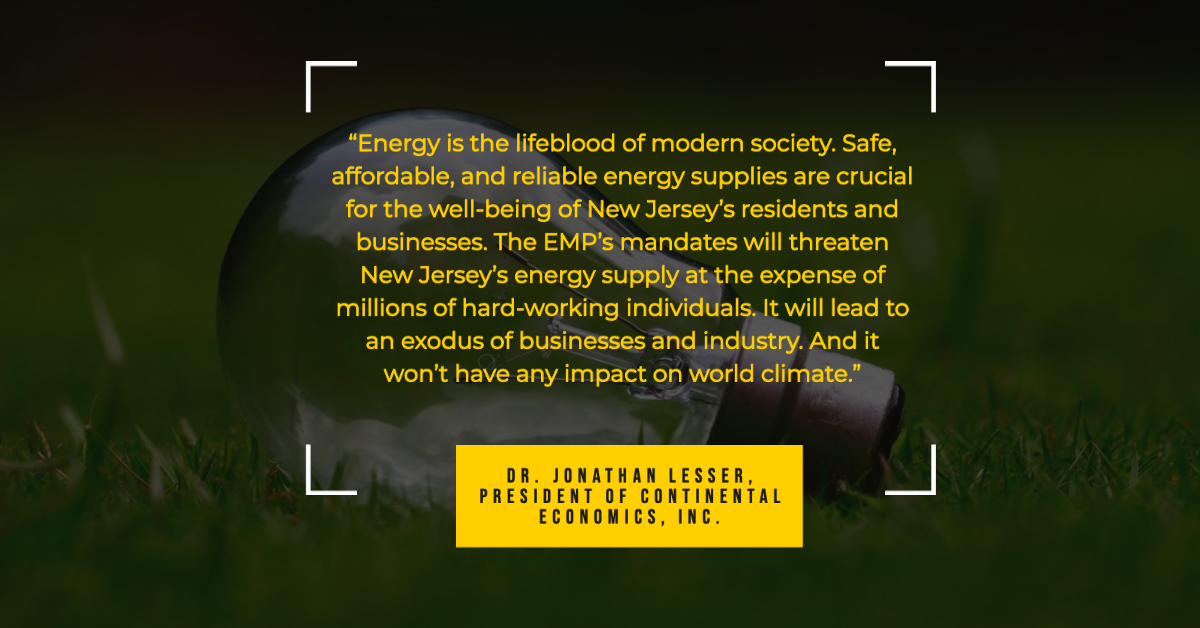 Meeting that lofty goal is a bureaucrat’s dream: the EMP is stuffed with heavy-handed mandates that will force New Jersey’s residents and businesses to pay billions of dollars more every year for the energy they need. Of course, that assumes there will be energy to be had, which the recent blackouts in California caused by too little available renewable energy proved to be a dangerous assumption.

The EMP intends to establish the state’s environmental bona fides by replicating California’s disastrous renewable energy policies and their impacts: some of the highest electricity costs in the nation and, this past summer, rolling blackouts when too little wind and solar power was generated – showed that over-reliance on wind and solar power. When having enough energy for homes and businesses depends on today’s weather forecast, energy policy has gone off the rails.

Nevertheless, the EMP will require New Jersey to double-down on electricity and a “zero-carbon” economy by 2050. Not only does the plan call for billions in subsidies for electric vehicles – cars, trucks, and buses – it calls on the state to force consumers and businesses to rip out their natural gas-fired furnaces, water heaters, and even cook stoves, and replace them with electric ones.

The EMP claims this will save consumers money. But those claims are based on bogus assumptions and flawed analysis. Today, almost 2 million single-family homes and 350,000 apartments use natural gas for heat and hot water, as well as thousands of commercial businesses. Retrofitting all of those homes and businesses will cost over $65 Billion in today’s dollars.

But those costs are just a start. That $65 billion doesn’t include the skyrocketing electricity costs that consumers and businesses will be forced to pay for all of the additional electricity they will need, which the Governor claims will be provided by offshore wind and solar power, along with huge quantities of costly battery storage to provide electricity at night, on cloudy days, and when the wind doesn’t blow.

For example, consumers and businesses will pay almost $100 per megawatt-hour (MWh) for electricity from the 1,100 MW Ocean Wind Project, when that project is completed in 2024, and pay 2% more each year thereafter. By comparison, thanks to abundant, low-cost natural gas, last year the average wholesale price of electricity in the state was just $27 per MWh. (It has been around $20 per MWh so far this year.) 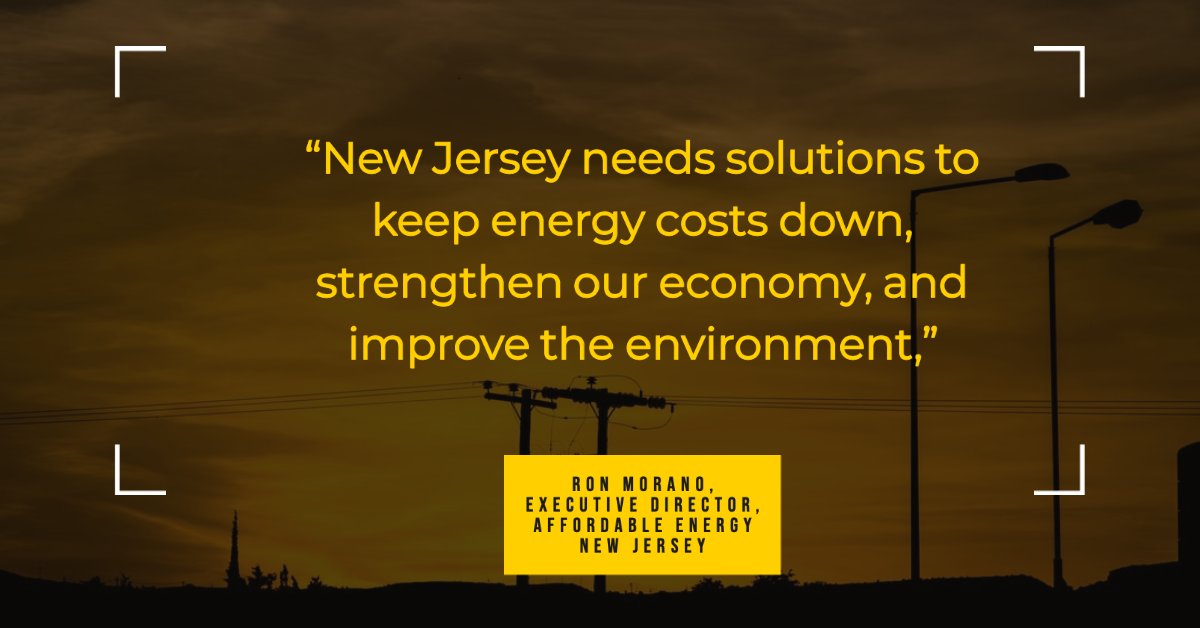 Energy is the lifeblood of modern society. Safe, affordable, and reliable energy supplies are crucial for the well-being of New Jersey’s residents and businesses. The EMP’s mandates will end that. It will enrich the well-connected few at the expense of millions of hard-working individuals. It will lead to an exodus of businesses and industry. And it won’t have any impact on climate change.